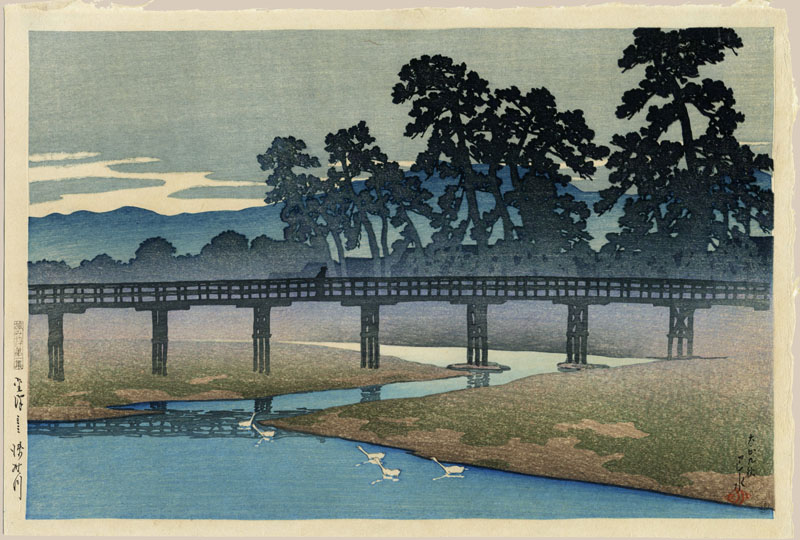 Hasui commented: "Someone once said that Kanazawa is the 'Kyoto of the North'. In that sense I truly believe that Kanazawa has a good feel about it. I depicted Asano river and the Ume bridge enveloped in a heavy mist on a morning in early autumn. It was difficult technically to convey the mood of the row of pines and the distant wood, as well as the area where the mist drifts down towards the river-bank." - Hotei Vol. 1; pg. 54