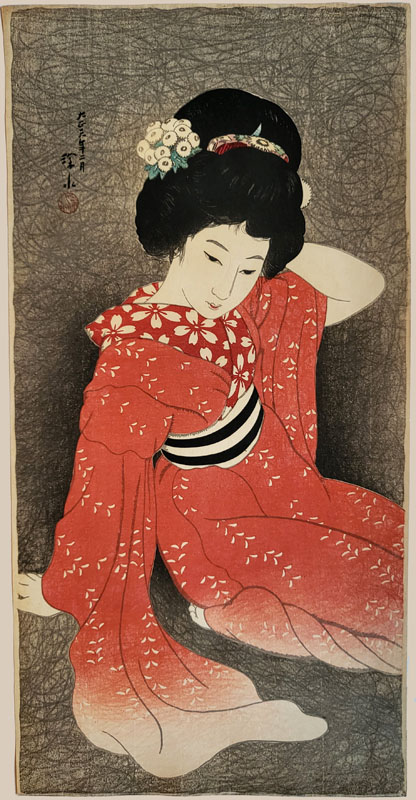 Notes: An extremely early impression (#2/100); with an original paper label inscribed and sealed by the publisher S. Watanabe. Publisher's diamond label attached to the reverse.