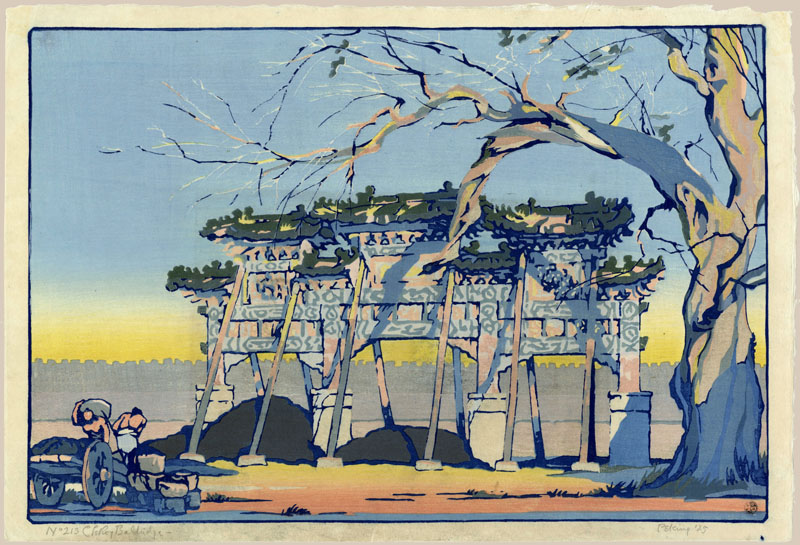 Long periods spent in China and Japan brought Cyrus Leroy Baldridge in contact with leading Asian artists. The Baldridge style was considerably changed by his exposure to the spare lines of Asian, especially Japanese, art.

For a short time in the 1920s he worked with Watanabe Shozaburo in Tokyo and during the 1930s he used what he had learned to produce a number of fine woodblock prints, etchings and drypoints. This work in pure art, as contrasted with his work as an illustrator, was widely admired. In 1935 Baldridge was given the prestigious annual award at the Prairie Printmakers of Chicago Exhibition. During that same period, his etchings were exhibited in the Smithsonian.