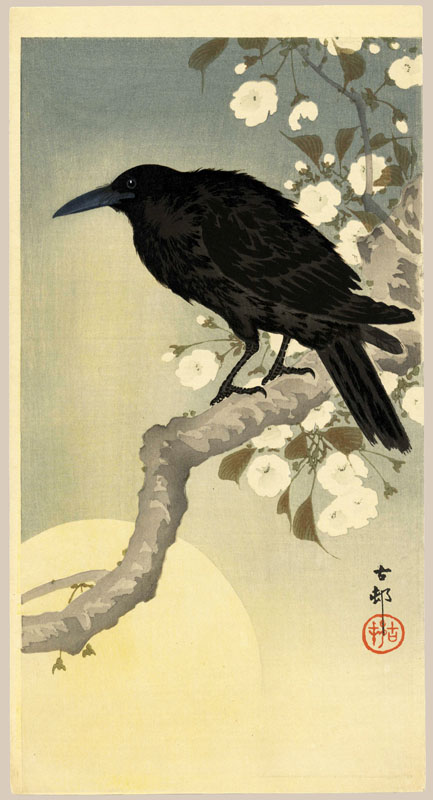 Notes: 'A jungle crow sits on a flowering cherry branch on a full moonlit evening. The carrion crow is native to Japan, and according to folk belief it was thought to be a messenger of the gods. At Shinto shrines such as the Atsuta shrine in Nagoya and the Taga shrine in Shiga prefecture ceremonies are held in which crows are given offerings of rice cakes. Carrion crows were one of Koson's favorite subjects: a great number of prints, over thirty images, and large square paintings on silk of this bird are known by the artist.' -CCC pg. 71