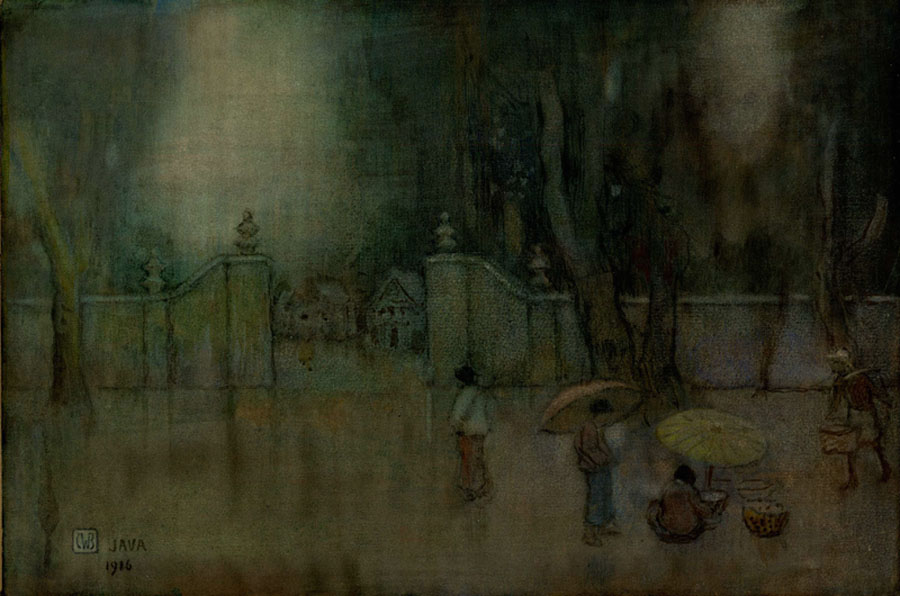 Notes: CWB monogram and titled, "Java 1916". Still tipped to the original CWB presentation board. Provenance: Fresh to market - From a family estate in Hawaii; by descent. Was initially purchased directly from Gima's Art Gallery in Honolulu, Hawaii.

A market scene with a vendor selling fruit from baskets placed just outside an entrance to a Javanese village. Another seller in the far right is shown entering the design; seemingly getting their day started with full baskets of merchandise.

Charles W. Bartlett took numerous trips to Java, where he sketched a number of works on paper. He completed a color etching of a Javanese farm family which became the first gift print for members of Honolulu Printmakers, an association which Bartlett helped found. He would later return repeatedly to his earlier sketches of the Orient as inspiration for fresh works.