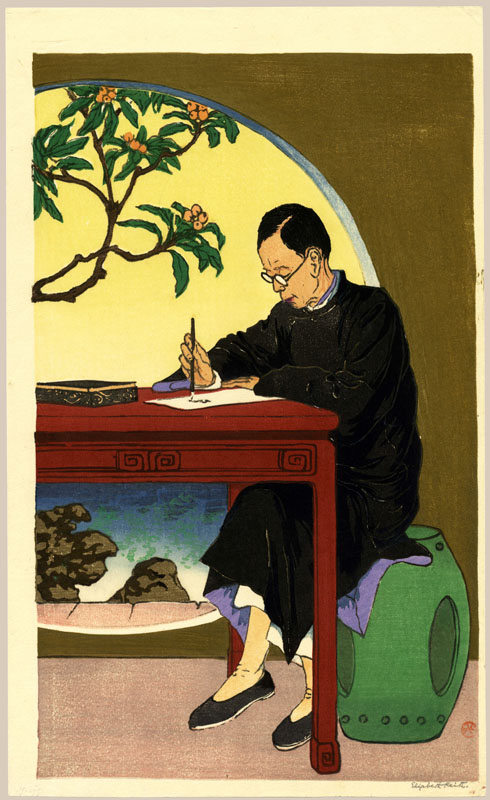 This print depicts a Japanese intellectual at his desk, working in occupied Korea. This was reduced from a larger block that was never printed. Originally an edition of 50; 15 known examples.