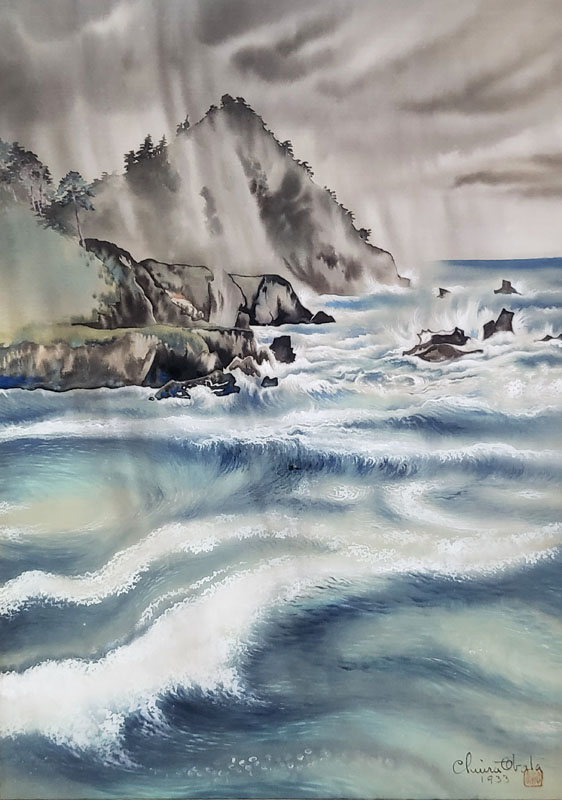 Notes: Signed and sealed by the artist. Presented in the original matte created by the artist. Original exhibition label on the reverse, "#107 Shower Pt. Lobos". An important original work, that is rarely offered for sale.

This dramatic design captures the elegant beauty of the surrounding area of Point Lobos (Carmel, CA). Note, the wonderful technique used to create the effect of heavy downpour. A highly sought-after subject matter by the artist. Obata traveled extensively throughout the region, and it is likely that he visited this exact location multiple times throughout his lifetime.

For his important paintings on silk, Chiura Obata used pigmentation ground from natural gemstones. The undiminished richness of the colors presented by this painting is ample testament to the resulting quality of his efforts.

Provenance: Originally in the private collection of an ex-student of Mr. Obata.