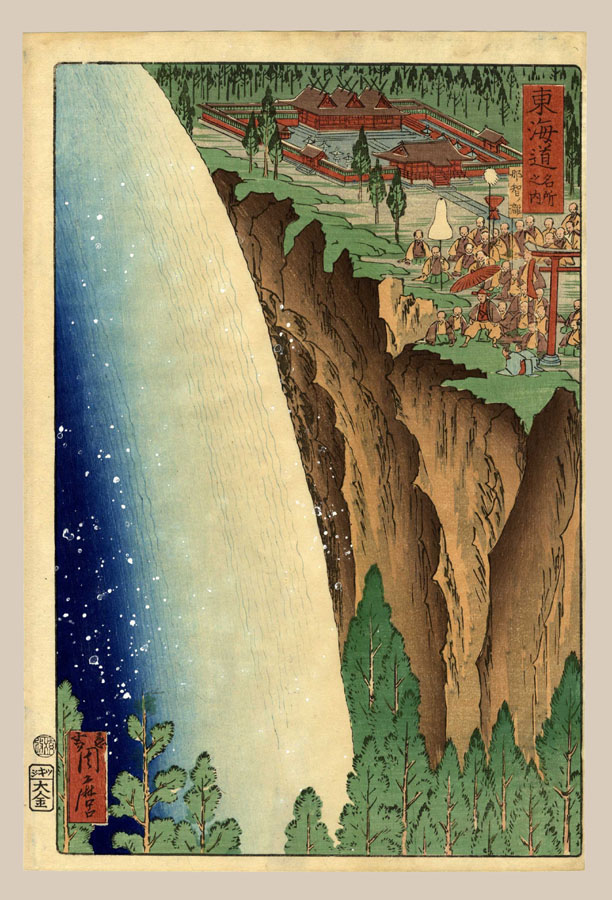 Born in Shimose Province, son of a Samurai, Kyosai became a painter, printmaker and illustrator. As a youngster, he studied under Kuniyoshi. Studied painting in the Kano school and became an independent artist at age 27, settling in the Hongo area of Tokyo. Exhibited at the Vienna International Exposition in 1873 and at the Exposition of Paris in 1883. His prints are few and feature a bold style, often with caricatures and warriors, full of fantasy and invention.

Examples of work by Kyosai can be found in a number of museums, including, Ashmolean, British, Brooklyn, Cleveland, De Young, Freer, Honolulu, Metropolitan and the Rijksmuseum.