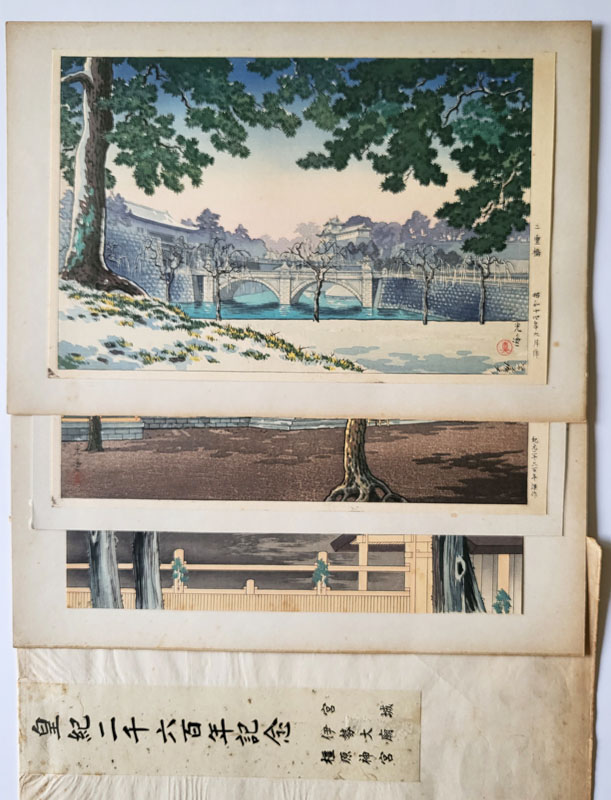 Walker states, "These (Koitsu) prints contain no publisher seals, but they are thought to have been published by either Shobido or Doi Sadaichi. They are one of a number of prints commissioned by the war-time Government in order to unite the Japanese people in their war effort. As such, it was thought inappropriate to include publisher information directly on the print."