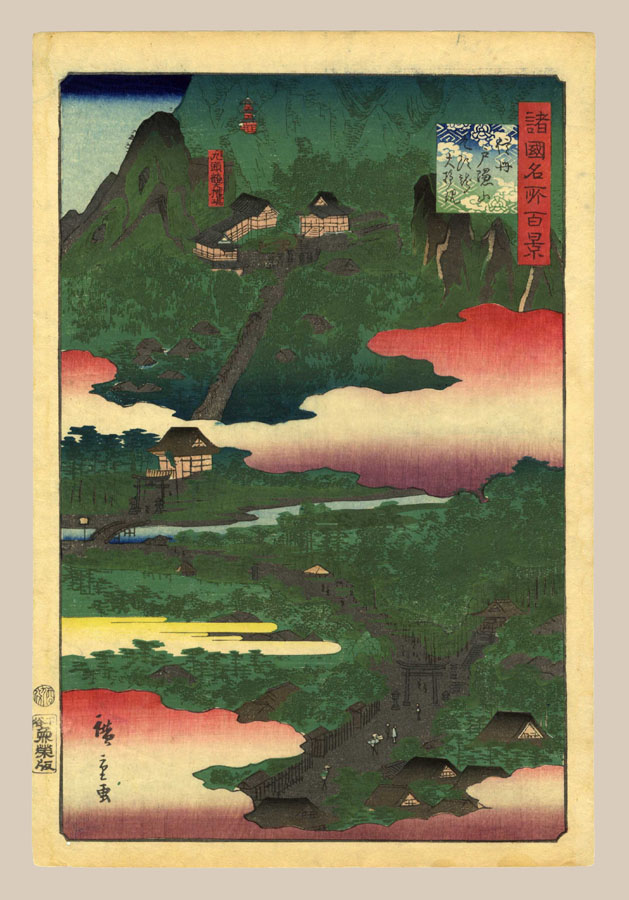 Notes: #36 in the series, 'One Hundred Famous Views in the Various Provinces'. This series dates from the middle of Hiroshige II's career, when he was in his mid-thirties. At this point, he had just started using the name 'Hiroshige', since his master Hiroshige I had just passed in 1858. The series title is shown as a tall rectangular cartouche and the title of each individual print is in the square cartouche.

A splendid design, that clearly shows the upper, middle and lower areas of the Togakushi Shrine.