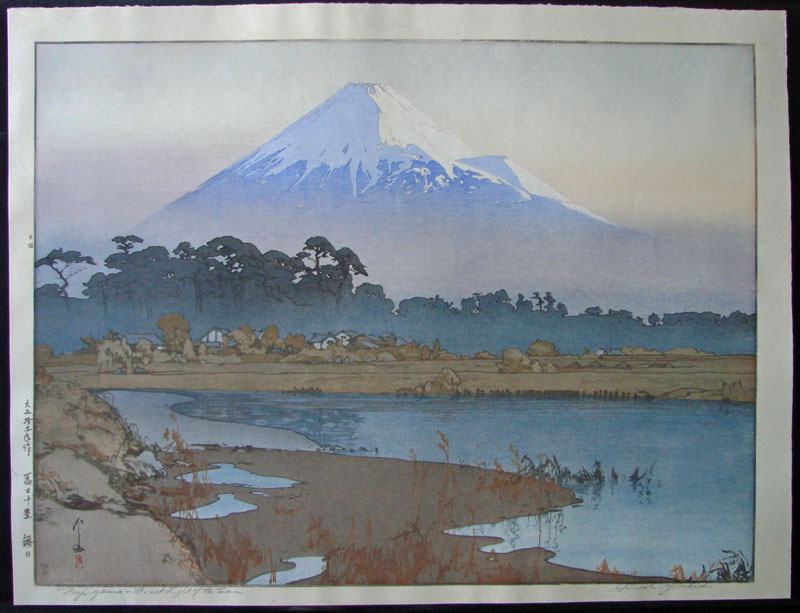 Notes: Titled and signed in pencil by the artist. Yoshida notes in his 1939 book, Japanese Wood-block Printing, that 8 blocks and 54 separate impressions were used to produce this print.