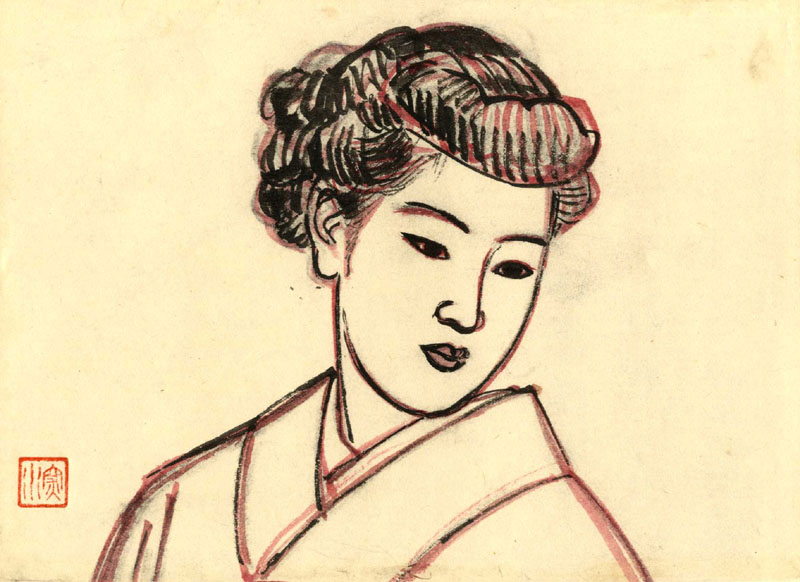 Provenance: Kept in the Shinsui Family Collection. Released for sale by Ito Manyo, Ito's second son who has the copyrights to Shinsui's works. This drawing was shown in the museum catalog, "Ito Shinsui Sobyo Gashu" (Collection of Sketches by Ito Shinsui) by the 2014 exhibition, Kamakura Art Salon.