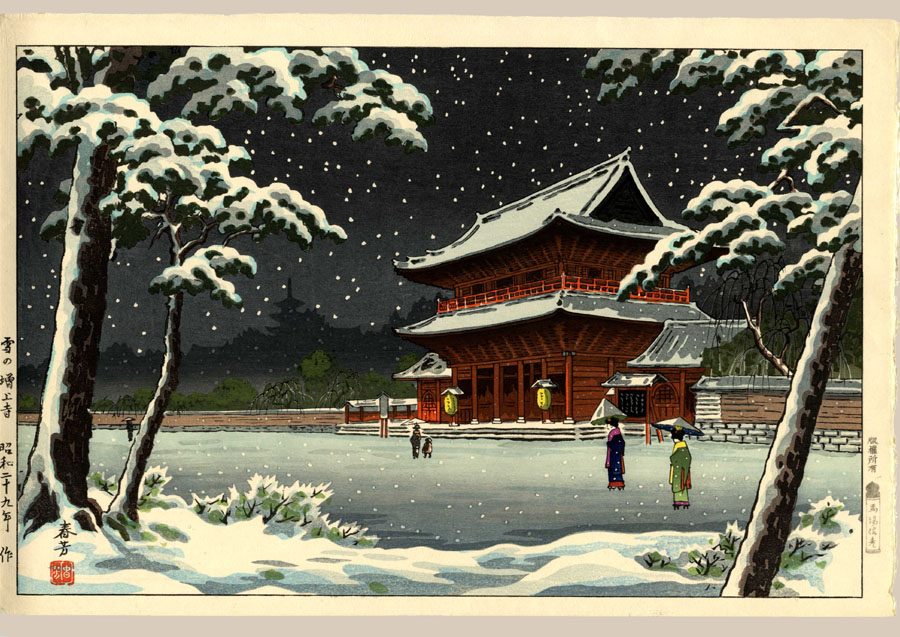 It is possible that after the war, when Baba Nobuhiko re-established his business, Koitsu may have sold Baba some previously unpublished sketches that the publisher used to print more designs after Koitsu's death; using a different artist name along with his own carvers and printers.

Baba Nobuhiko was a minor publisher who was active from the 1930's through 1950's. They produced high quality shin-hanga prints with especially fine carving and printing techniques. Tsuchiya Koitsu was the principal artist and also most notable to work with Baba Nobuhiko. The majority of resources, including woodblocks for creating Koitsu's prints were destroyed due to the uncontrollable fires that raged throughout sections of Tokyo in March of 1945. Due to this devastation, the publisher had to give up his entire business enterprise for a number of years, making these designs more difficult to locate then prints created by larger publishing companies like Doi Hangaten.