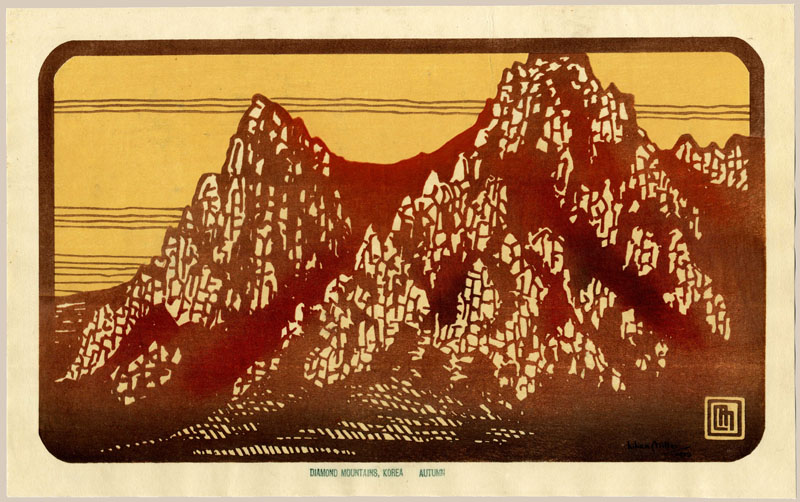 Notes: Completed on thin hosho paper. This design was shown at the Art Institute of Chicago's "First International Exhibition of Lithography Wood Engraving" from December 5 to January 26, 1930.