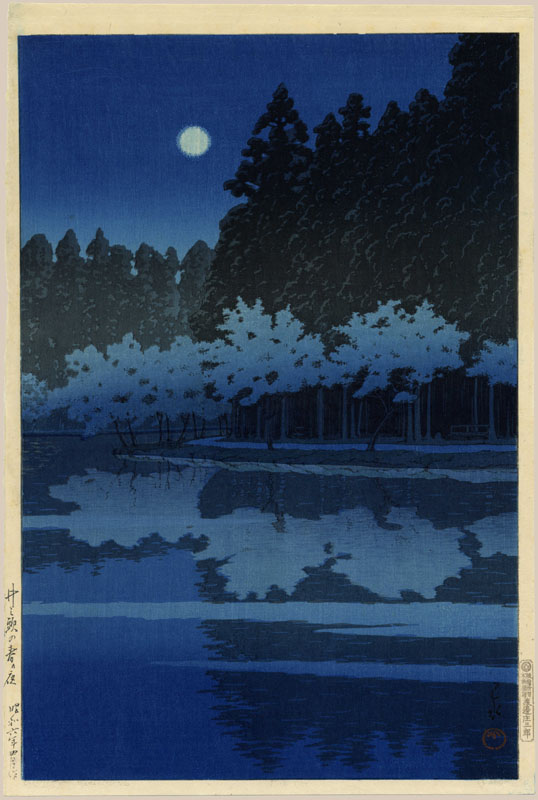 Notes: The publisher, Shōzaburō Watanabe actually accompanied the artist when he sketched the original drawing for this design. According to the publisher, Hasui spent a great deal of time finalizing the completed image that would eventually be the print, "Spring Evening at Inokashira Park".