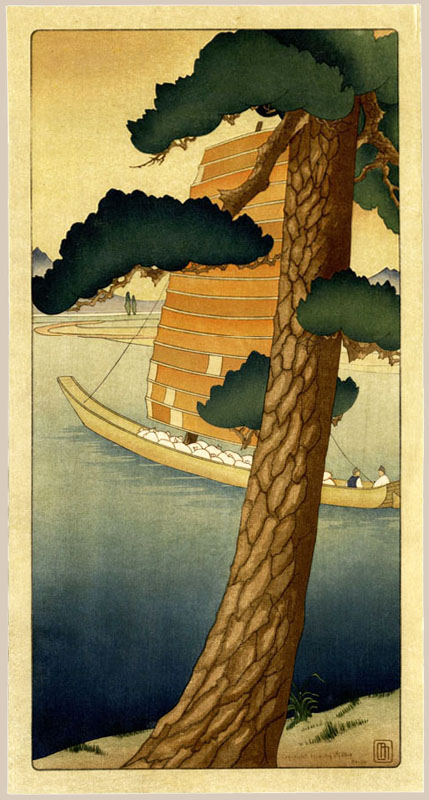 Notes: Signed, dated and numbered in black ink by the artist: "Copyright - 1920- by Lilian Miller. no. ". Stamped lower right margin: "Lilian Miller. Oriental Woodcuts". Box monogram seal. The paper is printed in a buff color in order to give the entire work an effect of an "antiqued" appearance. Pre-earthquake design.

Lilian Miller wrote, "The Han is one of the great rivers of Korea and its stately waters are a constant highway for native commerce. Here the junks pass up and down its winding course, laden with ivory bags of rice, these orange-sailed junks sail dreamily down the placid reaches of the Han, looking in the distance like scarlet peonies floating on the green bosom of the river; and when perhaps glimpsed through the branches of a stately pine, one can well understand the reason for the name written in gilt characters on a little shrine sitting on a hill top overlooking the distant hills - "Temple of the Flowering Stream."