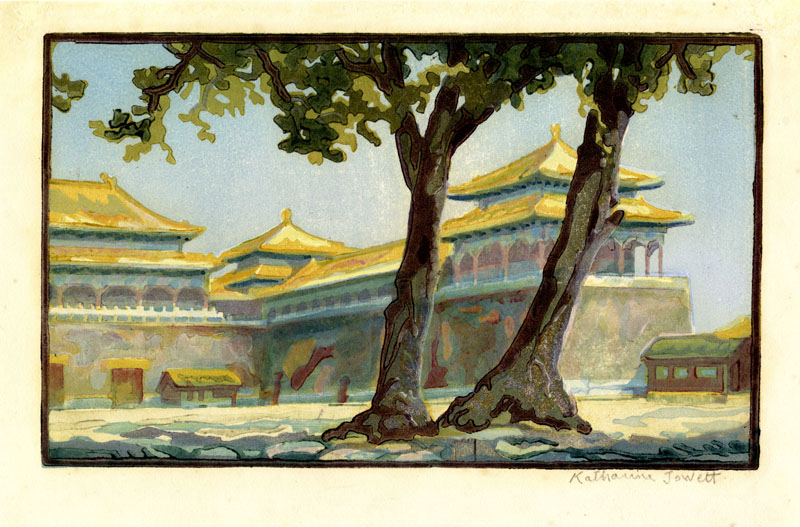 Notes: Pencil signed by the artist.

Jowett is thought to have produced more than 40 different works, only some of which were in numbered editions. Her pictures, particularly her prints, were very popular in China in the twenties and thirties and not just with the Western community. Even Chairman Mao had a set of her prints in his study. Two of Jowett's linoleum cuts were used to illustrate cultural essays that appeared in "The Christian Science Monitor" in 1934-35. Katharine Jowett's block prints of China continue to be sought after by modern collectors, depicting as they do a vanished world, largely destroyed in the upheavals of the mid-twentieth century.