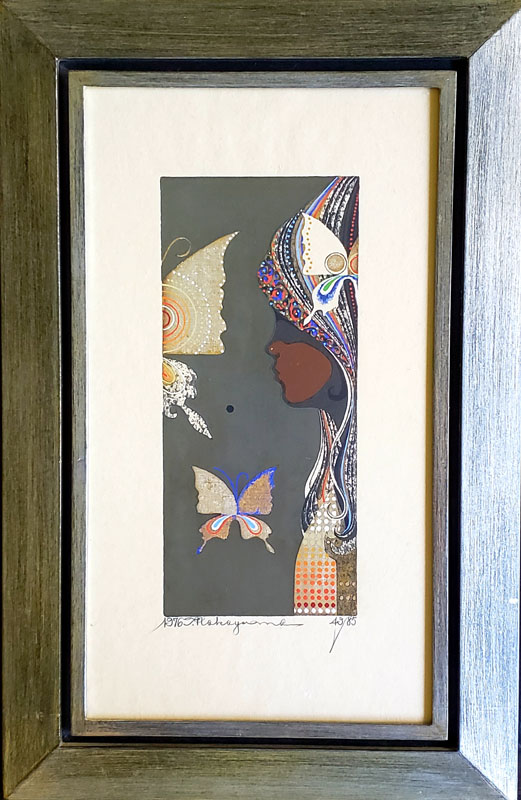 One of Japan's best known and most widely collected woodblock printmakers, Tadashi Nakayama was born in Niigata in 1927. He began making woodblocks in 1950. He lived in Milan, London and Bath, and taught at the Bath Academy of Arts in 1964-65. He now resides in Tokyo.

Although in his 80's, Nakayama has made fewer than 275 prints. His printing techniques are laborious and difficult. Some works require 18 blocks, 40 or more colors and over 50 printing stages. The worldwide demand for his prints together with their limited production has assured the artist's success. His major themes include butterflies, girls and horses.

Tadashi Nakayama works can be found in many museums, including the Honolulu Academy of Arts, Library of Congress, Harvard University, Fogg Art Museum, Achenbach Foundation for the Graphic Arts in San Francisco, Minnesota Museum of Art, National Gallery of Victoria, Australia and the Western Art Museum in Perth.