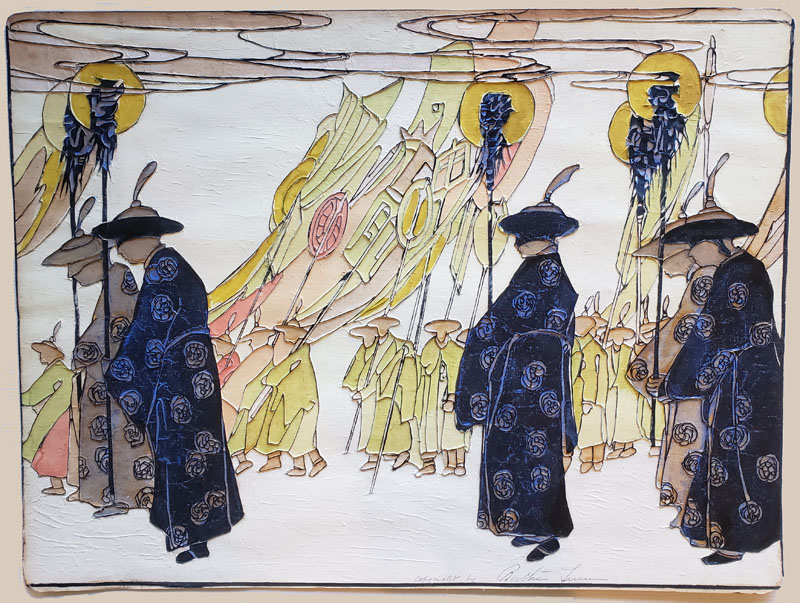 Notes: Toned on reverse and areas of crackling throughout; as is the norm with her raised line designs. Priced accordingly.

Signed in pencil by artist. Only a handful of examples were produced due to the time to create such a technical work in the artist's "raised-line" technique. An estimated edition of 67 were produced of the regular woodcut design, with far fewer raised line examples. An impressive over-sized original raised line print; more then double the size of the regular woodcut version.