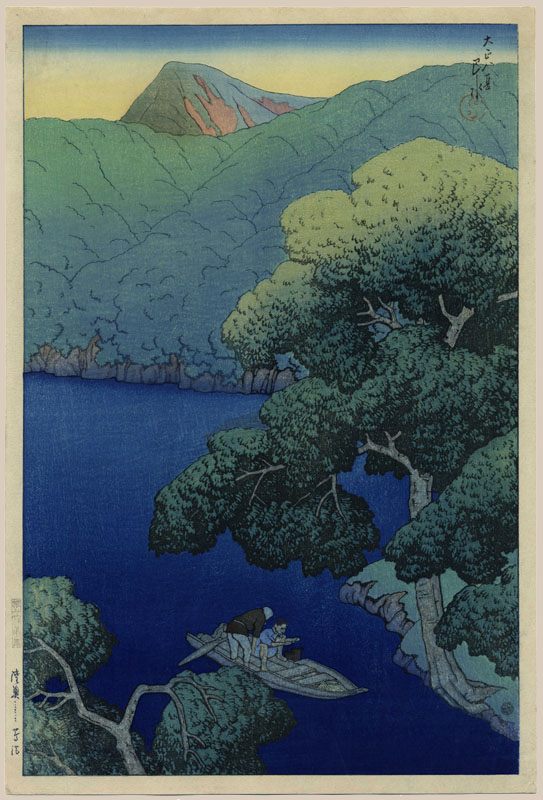 The Tsuta spa is located on the way from the Furumaki station on the Tohoku main rail-line to Lake Towada, about one ri [4 km] into the mountains from the Shozan bridge. The Shozan bridge spans the Oirase river. There are seven marshes of different sizes in the vicinity of the spa. This one, the Tsuta marsh, is outstanding because of its intimate feel as seen, for example, in the densely vegetated bank and the color of the tranquil water. I felt as if I were looking at a picture from an old story-book: the scene is set in the early hours of the morning, and the two men in a small boat pull in a net set the night before. - Hotei Vol. 1; pg. 52