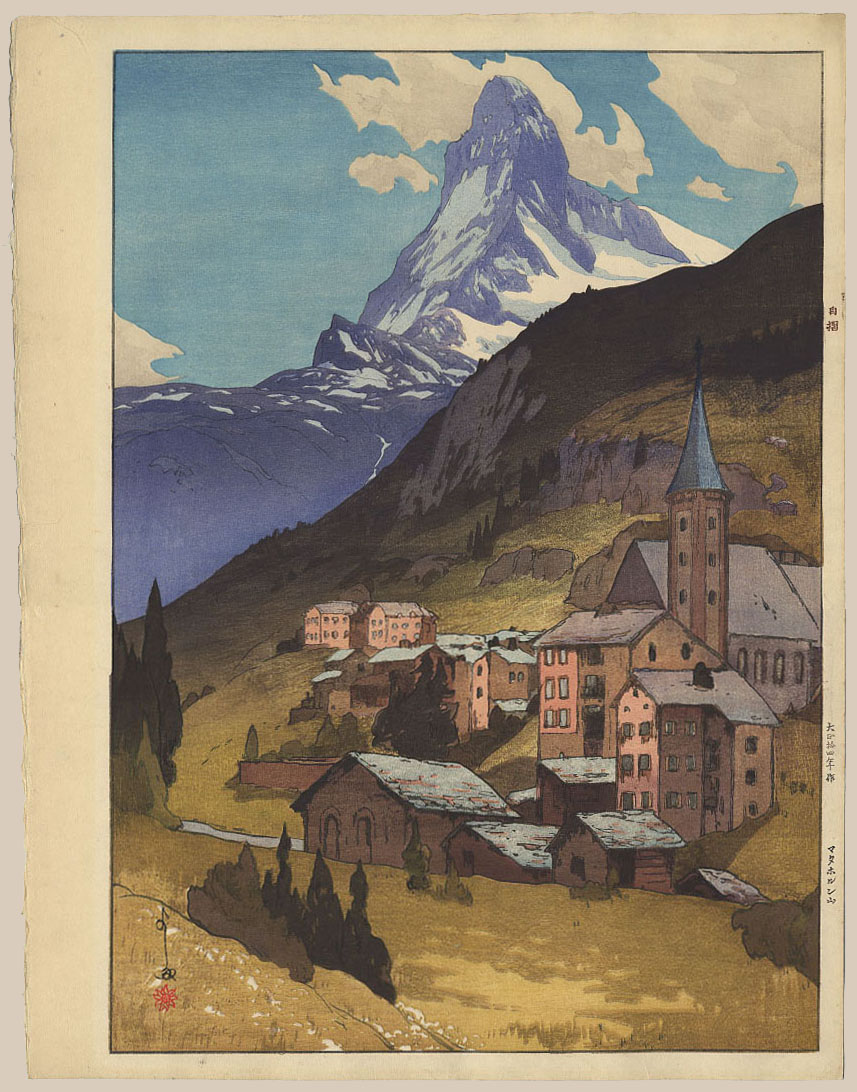 "In addition to the six prints in the United States series, Hiroshi also executed a Europe series, which consisted of eleven images. Both sets of prints were the first he undertook in his new printmaking studio, which he set up in the fall of 1925. The technique of using the same blocks but printing them in different colors to create different versions of the same image became an early characteristic of Hiroshi's printmaking approach. Indeed, the method is similar to that of such French Impressionists as Claude Monet, who painted multiple views of the same subject - haystacks, poplar trees, or Rouen Cathedral - at different times of the day and in various weather." - A Japanese Legacy, The Minneapolis Institute of Arts; pg. 45.