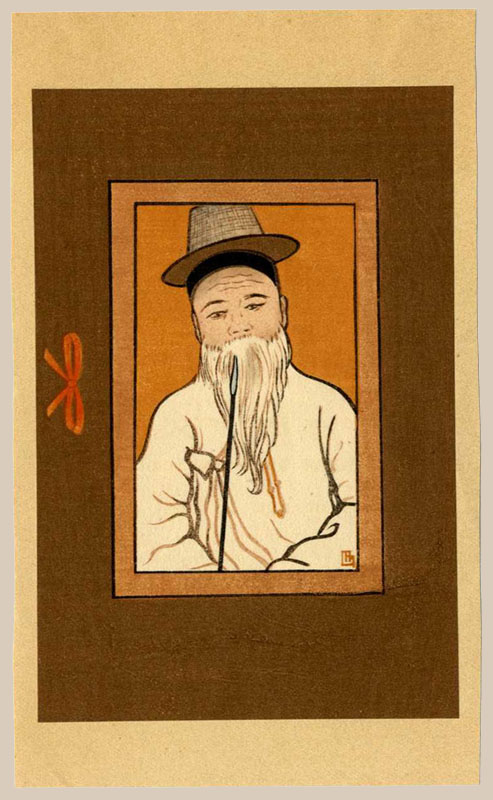 Notes: A scarce pre-earthquake small-format woodblock print design. Still tipped to the original card stock. Artist monogram; lower right. The subject of Father Kim was used in numerous works by the artist. This is the first completed design using Father Kim as the subject matter.

Miller explained: "In 1917 I saw Korea for the first time. It seemed to me a story-book land. The people are like old Chinese sages with their long flowing garments of white, always white, and the men with their odd little black hats. These cards and prints were aimed at the market of Western diplomats and businessmen - and their wives, most critically - living in large East Asian cities. Miller perhaps made, and sold, as many as two or three-hundred copies of each work (The Great Kanto Earthquake and fire of 1923 destroyed the bulk of this production)." - Brown, pg. 45-46.