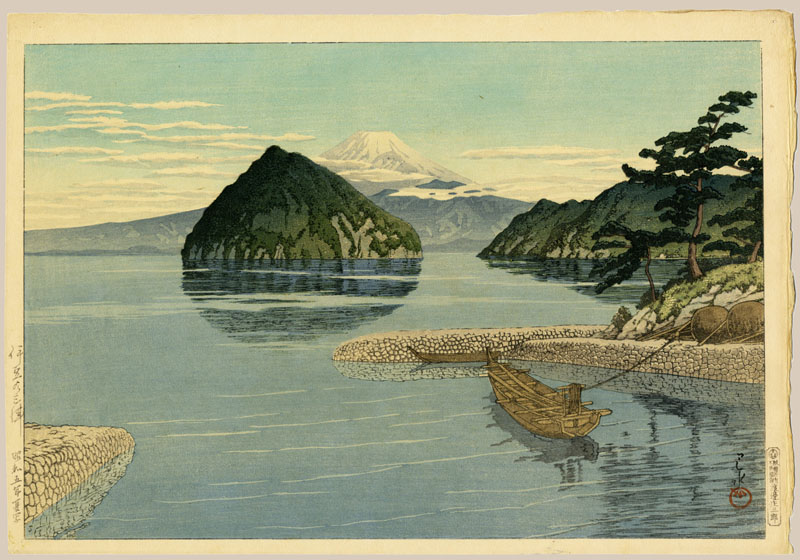 Notes: In describing this print Narazaki writes: 'The stone embankment has the appearance of a tightly woven net, and this makes it disconcerting to the eye. Skilled is the depiction of the distant Mount Fuji, the snow melting on its peak. This image is also printed in a lighter color scheme (as shown).

Izu province corresponds to part of present-day Shizuoka prefecture. As Japan's highest peak and national icon, it is not surprising that Hasui depicted Mount Fuji more than any other subject. In his illustration of the venerable peak - since Japan's early history viewed as the home of Shinto and Buddhist deities - Hasui was heir to a time-honored artistic tradition. Pictorial representations of Fuji date to the late medieval period (15th century) and in the woodblock print medium the portrayal of the mountain from various named locations and under different conditions can be traced to the 18th century. - Hotei Vol. 1; pg. 82