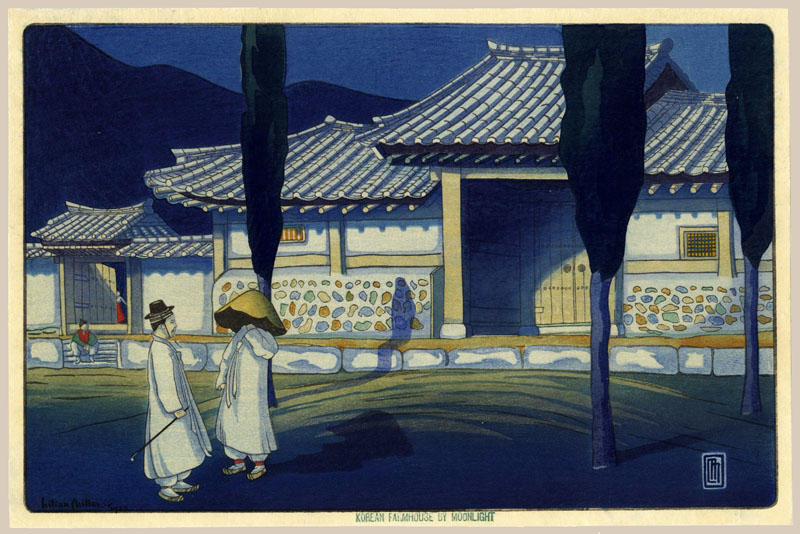 Notes: An instructive comparison can be made between the treatment of the similar subject matter in Miller's 1920 "Moonrise Over Ancient Gateway, Korea" (Fig. 41) and her 1928 image, "Korean Farmhouse by Moonlight" (Fig. 56). The subject, two Korean men conversing by moonlight beneath poplar trees outside a large house, is the same in both works but the later print evinces a much stronger mood, achieved by the tonal richness of the overprinted blues and greens, and a more abstract composition based on the rhythm of the horizontal and vertical forms set against the diagonals of the roof. The shift in sensibility is also evident by the fact that the background figures are the real focus of attention in the early print, while in the later print it is only after a second or third viewing that one is liable to notice the two small figures on the left.