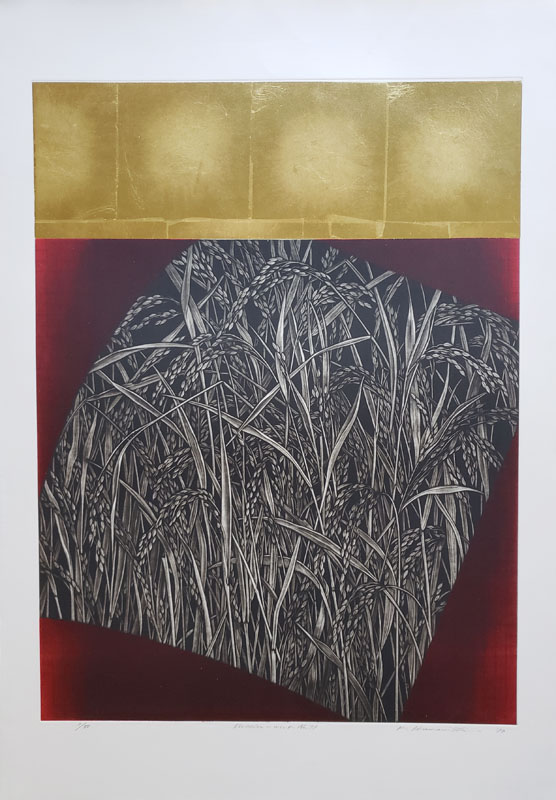 Notes: Numbered, titled, signed & dated in pencil by the artist.

Born in Hokkaido, Katsunori Hamanishi graduated from Tokai University in 1973 and studied at the University of Pennsylvania on a grant from the Cultural Affairs Agency, 1987-88. Hamanishi has won numerous prizes for his work, including the Ibiza International Print Biennial (1978), the Grenchen International Triennial in Switzerland (1982) and the Valparaiso International Exhibition in Chile (1989). Exhibitions have been held in Paris, Belgium, Philadelphia, Tokyo, Kyoto, Cairo and now San Francisco.

One of the foremost mezzotint artists in the world today, Katsunori Hamanishi has taken this demanding printing method to great heights. Each image shows a great range of tones and depth of color which is only obtained through painstaking burnishing of the plate and many trial printings. His earlier mezzotints depict shapes like branches, ropes and wooden objects presented in three-dimensional form on paper. His recent works include bright reds and blues, plus gold, silver, copper and lead foil.