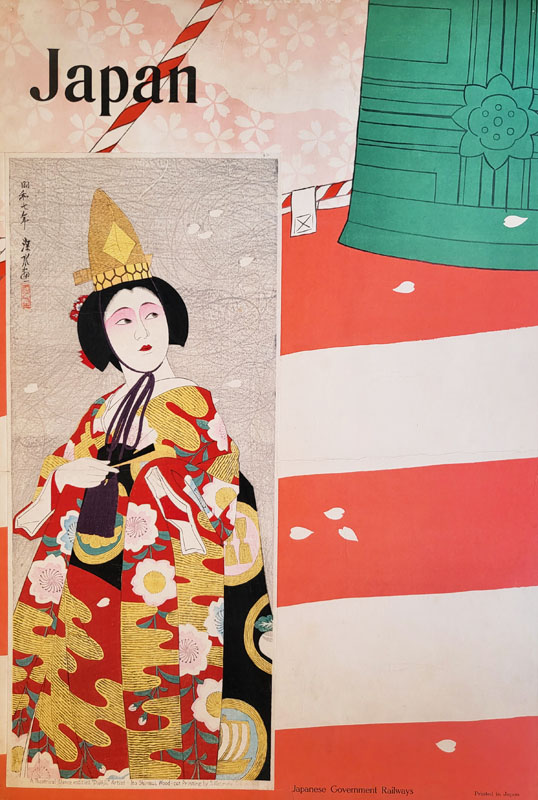 Dōjōji is a famous Noh play. Traditionally it is said to be written by Kan'ami and revised by Zeami. It originated from a longer 15th century play called Kanemaki ("Wrapped in a Bell"). It is set in the Buddhist temple Dōjō-ji in Kii Province, telling the story of a vengeful serpent-spirit and a temple bell. It is practically the only Noh play to use a substantial prop — a huge bell. Due to the bell in this play, dedicated Noh stages have a hook used for holding this bell in the center of the roof, and a metal loop at upstage left to hold the rope when lowering it; these are used only for this play. The part calls for a change of Noh costumes inside the bell, which is very challenging, due to being done alone, in the dark, in cramped quarters – normally a Noh costume is put on by several attendants. Accordingly, this role is reserved for the very best senior actors.