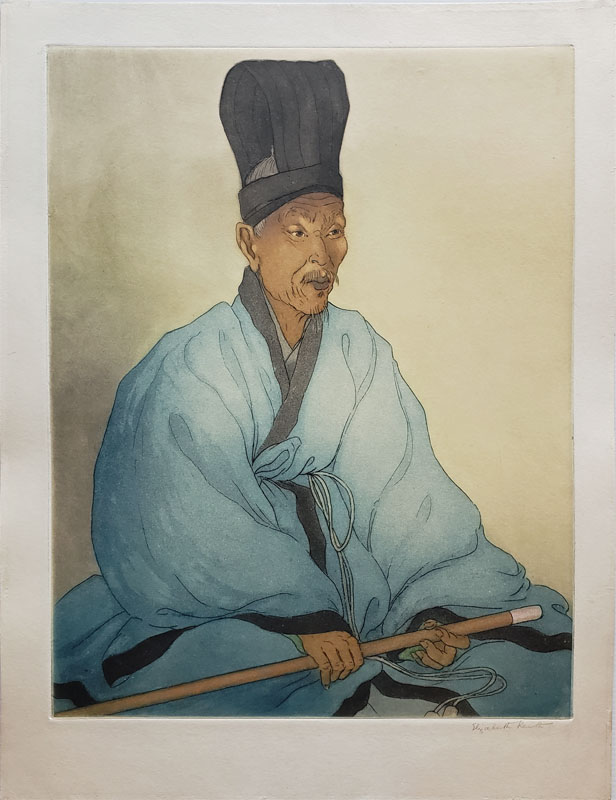 Notes: Rubbing in margins. Signed in pencil by the artist.

Like with, "A Chinese Buddhist Priestess", this uncatalogued (Miles) etching was printed in a very small edition and few have survived.