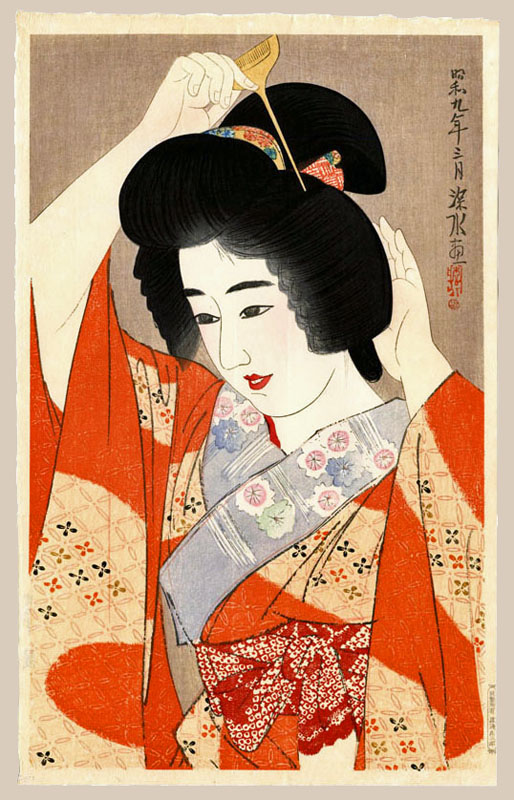 Mica used throughout the eri portion (collar) of the kimono.