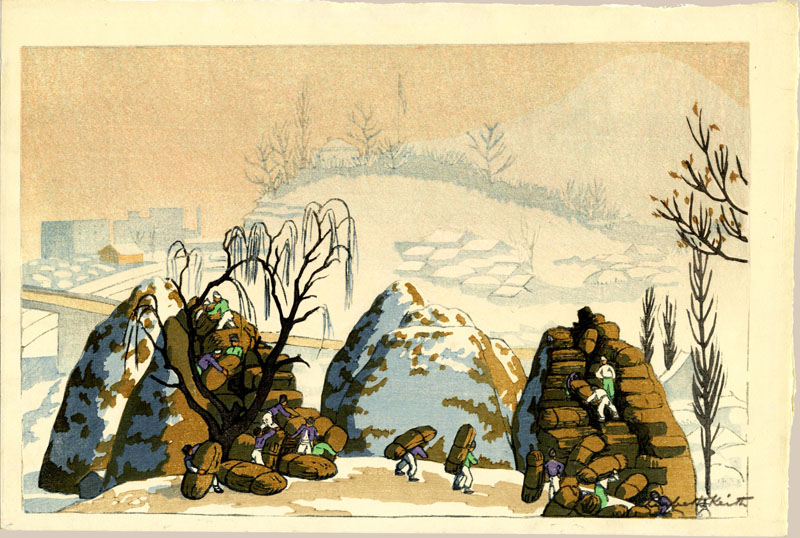 Notes: Signed in pencil by the artist. Miles states, "This print was never editioned, although 11 examples are known to have survived the earthquake of 1923, which should have been the publication date. Surviving copies were listed as late as 1937 as "cut and printed by the artist." - Miles, pg. 44

From a single collection of Elizabeth Keith prints; all with pencil notations on the reverse. Each example was found in very fine to mint condition. Never being framed or displayed.