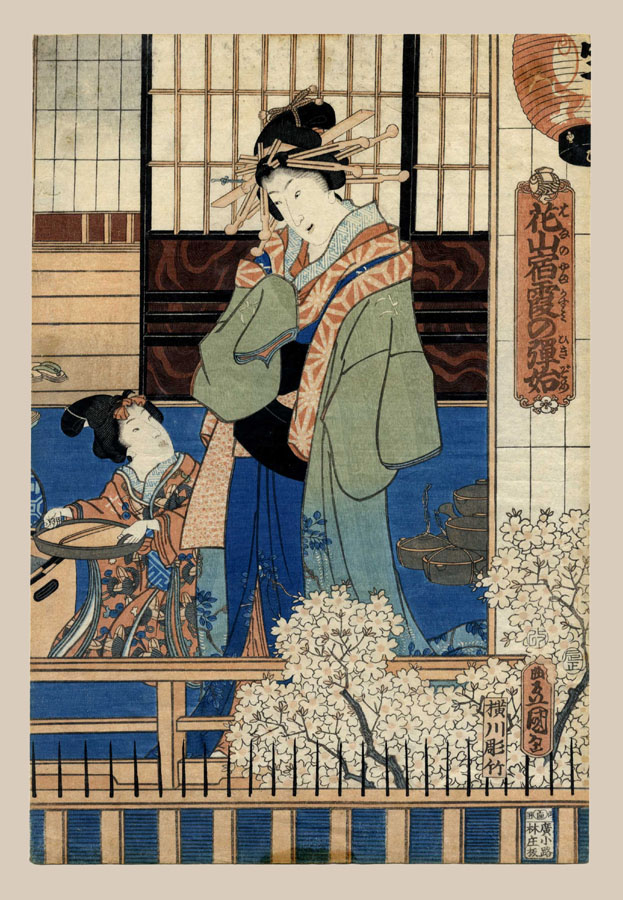 Ukiyo-e painter and printmaker born in Katsushika in Musashi, Toyokuni III (Kunisada) lived in Edo (Tokyo). At 15, he became a pupil of Toyokuni (I) and took the artists’ name Kunisada. In 1807, he produced his first book illustrations and in 1808 began to make actor prints. His early works feature bijin-ga, courtesans and even erotica, but due to the government censorship edits of 1842, he decided to assume the name of his teacher, calling himself Toyokuni III in 1844. Although he retired in 1847, he continued to work, producing a large number of prints, maintaining an even larger studio than before. On the occasion of his 70th birthday, an exhibition in his honor was held in Ryogoku. He died nearly 10 years later at his home in Yanagishima on January 12, 1865.