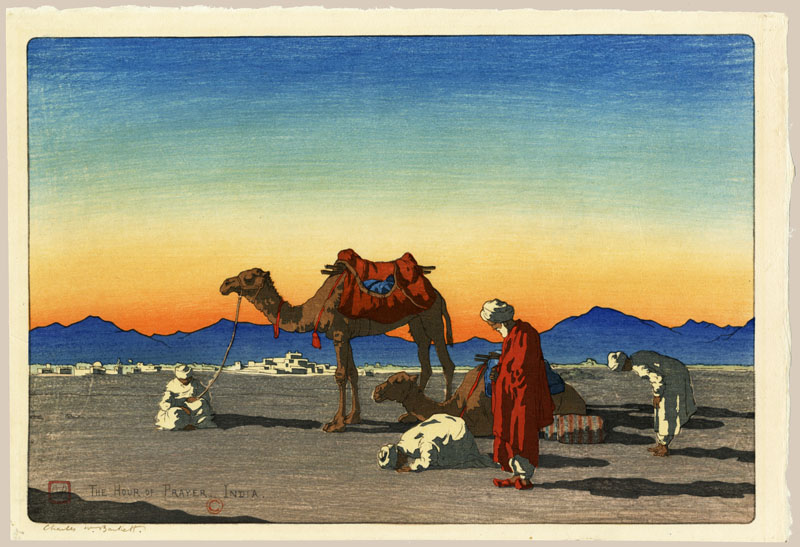 Notes: According to Watanabe’s records he published a total of 38 prints by Charles Bartlett, with "The Hour of Prayer, India" being the last design.

One of the artists most admired scenes of India.