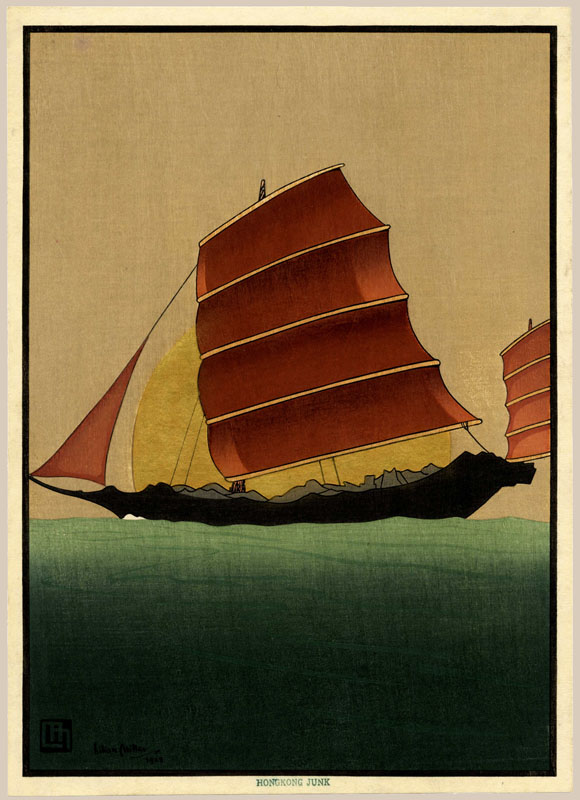 Notes: "Hong Kong Junk" exemplifies the sosaku-hanga element in her work. Some versions feature a gold moon, others a silver disc, and a variation copy leaves out the orb altogether to suggest the junk at noon. Beyond mere chromatic variation, the simplicity of design, boldness of color, and powerful lines reveal the primacy of progress in her art.

Miller not only creates her original pictures, but actually cuts the blocks and makes the prints herself. This has enabled her to obtain unusual effects: a wider and more vivid range of color, use of shadows, an added depth and mellowness of shading achieved by repeated printings, and variations of the same pictures by using different colors to indicate differing seasons or moods. All of these things would have been more difficult for any artist to obtain who had to be content with the old methods of Japanese printers and their reluctance to change.

This design was used as a demonstration print on November 12th 1929 at the The Japan Society's Anniversary Dinner at Copley Plaza in Boston. Miller delivered various talks and demonstrations at that location, along with additional print-making demonstrations at The Gordon Dunthorne Gallery in Washington DC from November 20th to December 4th of that year.