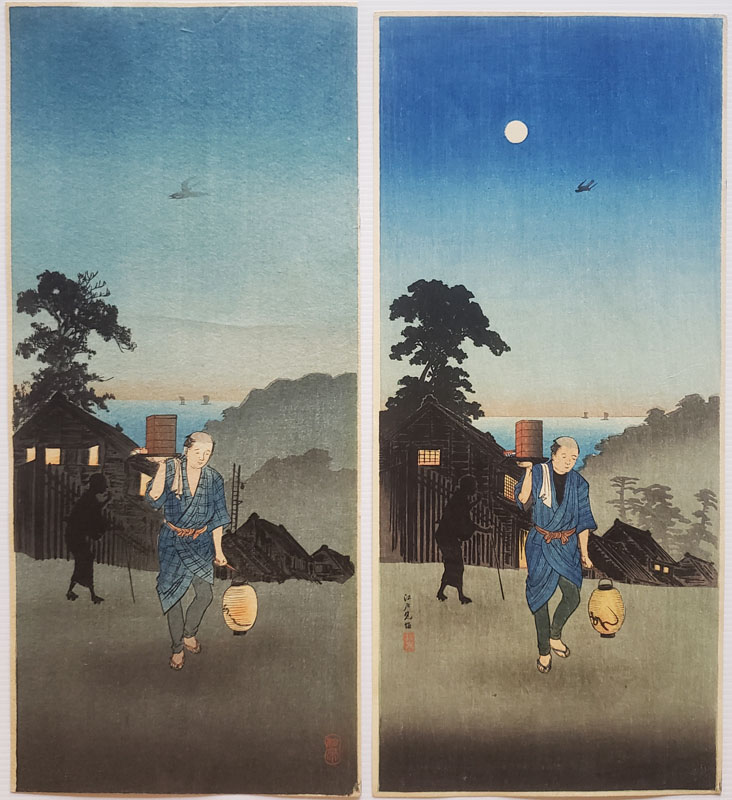 Notes: A scarce complete set of both states. "A" Seal (pre-quake) and the "E" Seal (post-quake) versions. An interesting study displaying the differences between the 1909 and 1930s impressions.

Several unique variations in the pre-earthquake version of this design - a full moon was added in the post-quake state; bird in the sky is more less prominent in the later state; the ladder in the background has been replaced with a row of trees in the later version; window placement has changed in each house, along with the facial expression (mouth) of the servant and the lantern he is holding. These are just a number of the many revisions made between the early and regular states.