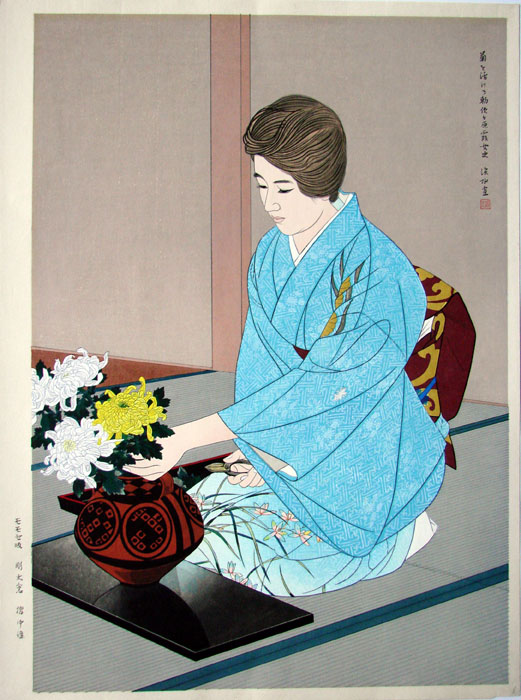 A large dai-oban format design from the publisher: "Momose", for whom Shinsui produced only several designs. Not included in Shinsui's catalog raisonne.