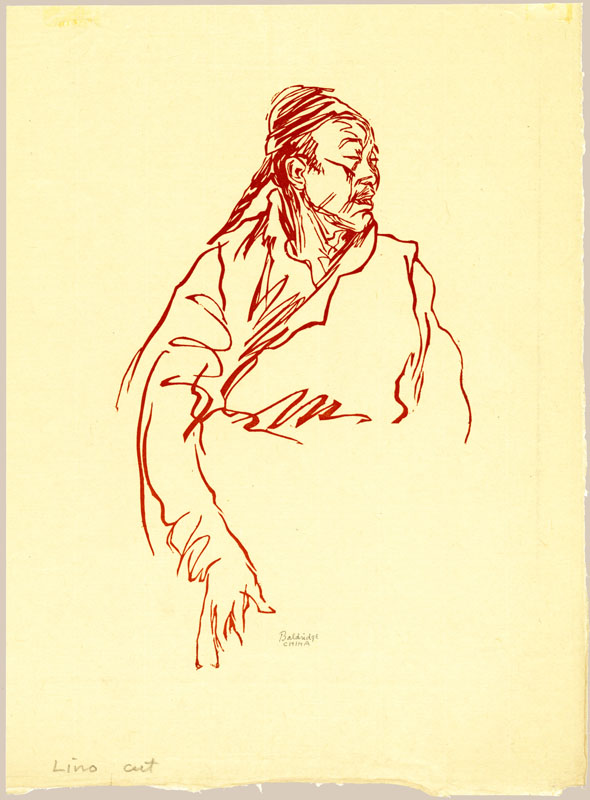 Notes: Pencil signed by the artist. An unusually rare linocut work by Baldridge.