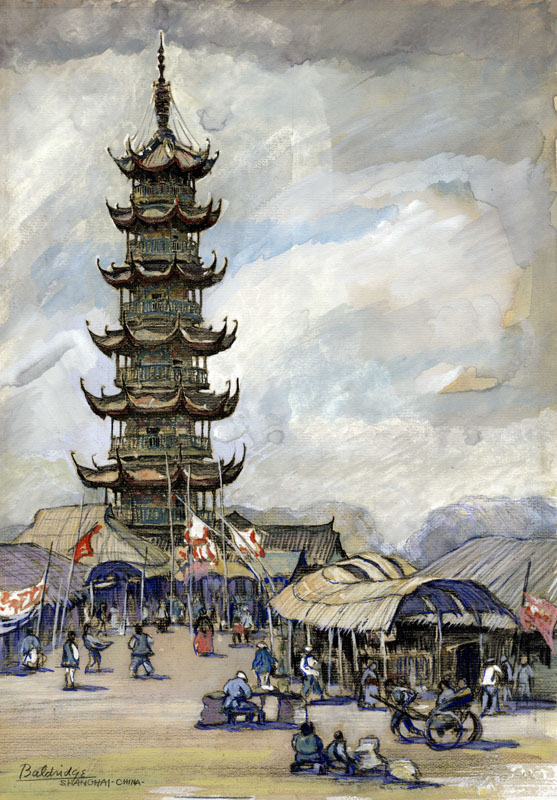 This original work was conceived during his extended period in China, that brought him in contact with notable locations throughout the region. Baldridge's long and deep experience with many cultures placed him in line for important commissions. He illustrated numerous books and articles with oriental themes, including a Chinese album of monotypes in the journal Asia.

In the 1940s, his style of painting ranged over every possible theme, while primarily sketching in colored charcoal and watercolors. After his excursions, Baldridge would return to his studio and complete his sketches with oils. A large number of these later works now reside in the collection of the University of Wyoming.